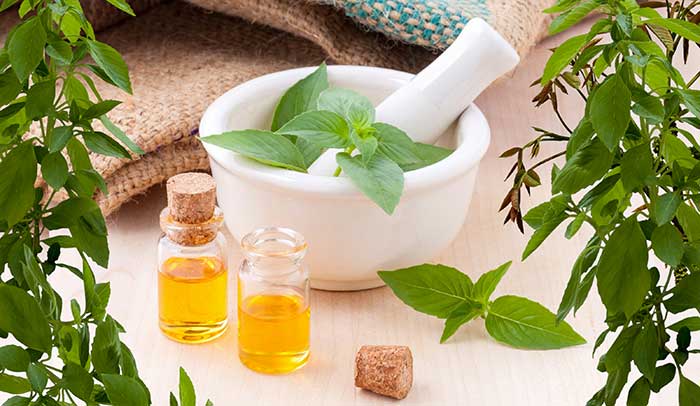 Secreted in the same glands that produce cannabinoids, terpenes are aromatic oils that give cannabis a variety of distinctive flavours and smells like citrus, berry, mint, and pine. They also play a key role in differentiating the effects of various cannabis strains. For example, some terpenes promote relaxation and stress-relief, while others promote focus and creativity.

There are many factors that influence a cannabis plant’s development of terpenes. Climate, weather, age, maturation, fertilizers, and soil type all give each plant a distinct, unique terpene profile. How a plant is grown, harvested, and cared for throughout its life directly affects the final product including the terpene profiles that certain strains become famous for.

Why Do Plants Make Terpenes?

In all plants (including cannabis), terpenes began as a defense mechanism to repel predators such as insects and birds. It’s an added benefit for us that the terpenes are capable of affecting the type of intoxicating effects and benefits experienced from consuming cannabis and provide therapeutic relief.

Selective breeding of cannabis is geared towards more recreational uses with high THC. This is proving problematic for terpene diversity. Breeding cannabis so selectively has begun to eliminate the variety of cannabis plants terpene profiles. The breeding of cannabis has progressed so much that the commonly known classifications of sativa and indica plants are no longer a reliable way to predict the experience you will have with any specific strain. Doctors, patients, and cannabis enthusiasts alike have moved towards terpene profiles as a more reliable way to understand certain plant potential effects.

Dr. Ethan Russo has developed a theory about the compounding effect of the individual compounds (cannabinoids and terpenes) within cannabis. This theory is called the Entourage Effect and suggests that terpenes, in combination with different amounts of cannabinoids (THC and CBD) can create drastically different experiences. Understanding how terpenes interact on their own and in combination with other compounds in cannabis is no small task. Terpenes have become a large consideration in the medical community when deciding what cannabis strains to use for individual patients. Research surrounding terpenes, the entourage effect and how to utilize “whole plant medicine” while being able to predict the effects has just begun.

How do Terpenes Work?

Each terpene has specific effects. The effect profile or “terpene profile” of any given plant may change based on the presence of other terpenes or chemical compounds (the entourage effect). The differences between terpenes can be subtle and when combined with other terpenes can drastically change flavours, scents and effects of any plant, especially cannabis. Terpenes add great depth to the experience of a cannabis patient. Most importantly, terpenes can offer additional medical value as they mediate our body’s interaction with therapeutic cannabinoids.

Without further delay, let’s explore 6 of the most common terpenes found in cannabis, what they add to cannabis and what flavours and smells you can look for to better predict your experience.

Myrcene is the most common terpene produced in cannabis. Some varieties contain up to 60% of this powerful terpene. Myrcene has some very special medicinal properties, including lowering the difficulty for other compounds to travel through the blood-brain barrier. By “weakening” the blood-brain barrier myrcene allows other compounds in cannabis to pass through faster, and with little difficulty. THC, for example, is absorbed more efficiently when accompanied by myrcene, resulting in a faster acting intoxication.

Found in: Mangos, citrus fruits, eucalyptus, wild thyme, lemongrass, and many other plants.

Pinene is a very active terpene and often reacts with other chemicals, forming a variety of other terpenes and compounds. Traditionally, Pinene is used in medicine to reduce pain as it is an anti-inflammatory. It is also a natural compound isolated from pine needle oil which has shown anti-cancer activity and has been used as an anti-cancer agent and has been used in Traditional Chinese Medicine for hundreds of years. On top of those already impressive claims pinene is a bronchodilator and can aid with asthma or raspatory issues.

Found in: Many conifer trees and non-coniferous plants. It is found mostly in balsamic resin, pine woods, and some citrus fruits.

Limonene is one of two major compounds formed from pinene. Oils high in limonene provide a general uplift in mood and attitude. Limonene is highly absorbed by inhalation and quickly appears in the bloodstream and assists in the absorption of other terpenes through the skin. Limonene has been found to even help promote weight-loss.

Caryophyllene. Caryophyllene is the only terpene known to interact directly with the receptors in the endocannabinoid system (more on that here). Caryophyllene has been used for its strong anti-inflammatory properties for centuries and is one of the most medically diverse terpenes being research today.

One of the more floral terpenes Linalool has huge stress relieving properties and supports the immune system increasing its resilience to the destructive effects resulting from stress-related disorders. Linalool is also extremely effective at fighting seizures, arthritis, general inflammation, and tumor growth.

Humulene is present in many therapeutic essential oils and has been used for healing purposes for hundreds of years. Humulene is present in Balsam fir oil and is believed to be an active mechanism in fighting tumors. It also acts as an antibacterial agent with anti-cancer and anti-inflammatory properties.

There are over 200 terpenes found in cannabis, each provides a different aspect to a complicated and diverse plant. Terpenes direct, change and influence the type of experience that THC and CBD induce, they are responsible for the tired, energetic, happy or sad response you may have when consuming cannabis. These terpenes are pharmacologically active and have many benefits. When becoming more involved in your journey with cannabis we encourage you to pay attention to terpenes and how they may assist in your healthy journey.

Follow us on social media and subscribe to our newsletter to learn more about cannabis and cannabis-related information.