The Beginners Guide to CBD 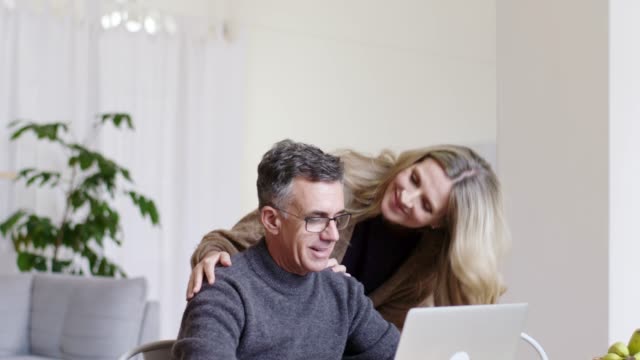 The CBD Guide for Beginners

As each day passes, more people are shifting their opinions about cannabis and choosing cannabidiol (CBD) to provide natural relief for their medical conditions. Whether you’ve never tried CBD, tried it once or twice, or are an active user, this helpful guide is a great resource to learn more.

We all know when trying anything new there’s always a learning curve and with CBD it’s no different. For new users understanding what CBD is and, more importantly, how it works, can be a little confusing. Some people are fearful of CBD because they think it will get them high. Others fear the stigma associated with using a cannabis-related product. In this article, we dive into the basics of CBD and what you need to know if you’re curious about trying it out for yourself.

A Short History of CBD

CBD has a storied past. CBD is a phytocannabinoid (a cannabinoid found inside a plant). It was first discovered by modern science in 1940 and is one of some 113 identified cannabinoids in cannabis plants. Modern science has identified the receptors in your body that interact with CBD to create various health benefits. Because the study of CBD is so recent, we’re just beginning to understand how CBD affects the human body.

Is CBD Legal to Use in Australia?

Since the Australian Government legalized cannabis and the use of CBD for medical purposes in 2016, a limited number of Australians are legally using cannabis oil to treat various medical conditions. When legalization was first introduced, there were many roadblocks to access. After some years of legalization, patients who need cannabis for medical purposes are now finding access paths a bit easier to navigate. In Australia, CBD oil is categorized as a Schedule 4 drug and is available under certain conditions from pharmacies with a valid prescription from a doctor.

Unlike its close relative, THC (Tetrahydrocannabinol), CBD is completely non-intoxicating meaning you don’t get high from taking CBD. This allows patients to benefit from the many health properties of the cannabis plant without any intoxicating effects they may be looking to avoid.

Because CBD is non-intoxicating, it has become a very popular option for those seeking a natural alternative to treat symptoms from conditions such as chronic pain, multiple sclerosis, PTSD, epilepsy, and other mental disorders.

At first many were skeptical that a natural compound, let alone a cannabis-compound, could effectively treat or provide relief from such a wide range of conditions. CBD works so well because it’s a natural compound and the body is able to receive and translate the different cannabis compounds effectively and efficiently. This allows CBD to provide natural stress, anxiety, and pain relief while other symptoms require further study. These reasons alone aren’t what allows CBD to benefit so many conditions. What allows it to effectively treat so many conditions, and maintain health and wellness in the body, is how CBD interacts with receptors throughout the body.

How Does CBD Work?

This is where CBD comes in. When it is introduced into the body, it mimics the actions of the bodies own cannabinoids, interacting at a molecular level. It not only fills in for the endocannabinoids we are missing, but it helps to encourage our bodies to make more of them.

How Is CBD Oil Used?

It is important to note that the cannabis industry is still in its infancy, and research is in the early stages. However, the studies that have been conducted thus far are promising. What is known is that CBD works in relieving a variety of symptoms including:

Cannabis has been used for pain relief for thousands of years, it’s no surprise that people are turning to medical CBD to help them reduce chronic pain and more. Recent studies have shown it to be capable of improving levels of pain and spasticity in MS patients. It has also been shown to be effective in treating hard-to-manage pain and neuropathic pain. Inflammation can be a major contributor to chronic pain. CBD’s powerful anti-inflammatory properties can improve overall long-term results.

Anxiety is often treated using pharmaceuticals, with varying degrees of success. Anxiety can be debilitating for people who suffer from it, and there are several complex levels to the disorder. One promising study done in 2010 found that CBD could reduce symptoms of social anxiety in people. The researchers did brain scans of participants and revealed changes in blood flow to the regions of the brain linked to feelings of anxiety.

Post-traumatic stress disorder (PTSD) has been in the news as soldiers have returned and are now facing symptoms associated with the disorder.  But even more troubling, according to one study, this disorder affects approximately 10% of people at some point in life. Some Pharmacological therapies for PTSD have been shown to be inefficient and produce considerable side effects. Since the discovery of the way the endocannabinoid system helps deal with emotional memory processing, CBD oil has been used as a treatment for PTSD.

Many people suffer from insomnia and other sleep-related disorders. Insomnia is another condition that people are turning to CBD for. A study on the positive effects of the compound on people suffering from insomnia was published in 2016 in the Permanente Journal.

Regular pharmaceutical medication can have severe, even life-threatening side effects which are why people are looking for a more natural way to stop seizures. At high doses, CBD has resulted in a decrease in seizure activity. In one clinical study, there were 214 participants with epilepsy. 36.5% of them had a reduction in seizure activity after taking CBD.

At the moment, no substance is attracting greater interest than CBD. As many entrepreneurs are rapidly bringing products to the market which can greatly increase the quality of life for many people who are long-time suffers from medical conditions that traditional pharmaceuticals and medicine have yet been able to treat. CBD is a powerful alternative to many harsher pharmaceutical choices and often the last hope for many patients suffering from varying stages of debilitating diseases. If you want to learn more about how CBD can help you or a loved one, book an appointment to meet with one of our doctors. The many applications of CBD make it a vital asset in our mission for healthier, happier lives.