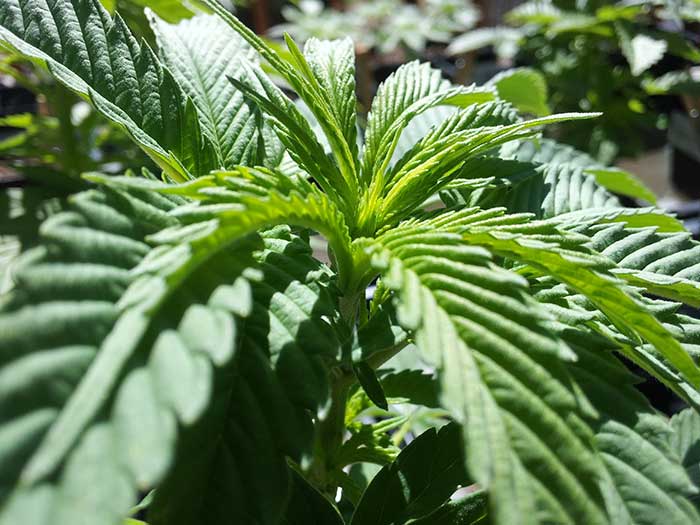 With legalization and the interest in cannabis rising, people are confused about the difference between hemp and cannabis. Terms like hemp and cannabis are a reflection of our complicated relationship with a plant that has been around for centuries.

Hemp and cannabis can often appear indistinguishable from one another. In the past, there have been numerous times law enforcement officers made arrests and seized hemp that was 100% legal but looked exactly like cannabis.

The Difference Between Hemp and Cannabis

Generally, the difference between hemp and cannabis is in the concentration of tetrahydrocannabinol (THC). Hemp is considered so low in concentration of THC that it is, by and large, non-intoxicating. Hemp is still considered cannabis sativa, which is the same as the cannabis known for its intoxicating effects. Cannabis contains up to 30% THC and is generally grown to maximize the THC amount. Hemp is typically grown to maximize the overall size of the plant.

Hemp and cannabis are simply broad classifications of cannabis that were adopted over time. Cannabis is a genus of flowering plants in the Cannabaceae family, which consists of three primary species: Cannabis Sativa, Cannabis Indica, and Cannabis Ruderalis.

To clarify the difference between hemp and cannabis and clear the air on this frequently misunderstood subject, let’s explore what each of these terms means and how they relate to each other.

“Hemp” is a term used to classify varieties of Cannabis Sativa (Remember this name encompasses all sub categories of cannabis) [DW4] plant that contain 0.3% or less THC content. There is evidence of its use recorded throughout history, including the discovery of material made from hemp over 10,000 years ago. In fact, many believe that hemp was the first crop ever cultivated by humankind and has been a catalyst for some of the earliest innovations.

How Do We Use Hemp?

Hemp has been cultivated for all types of purposes, but mostly for industrial applications. Hemp grows quickly, and its fibers are strong and versatile. Hemp has been used to make paper, textiles, rope, shoes, and even housing materials. Hemp can also be used to make biodiesel fuel and animal feed. We even eat hemp seeds as a source of vegan protein.

The cultivation of hemp was not legally banned but the commercial cultivation has decreased due to decreased demand compared to increasingly popular artificial fibers.  In the states of Victoria, Queensland, Western Australia, New South Wales and South Australia, the governments have issued licences to grow hemp for industrial use. Queensland has allowed industrial production since 2002 and more recently South Australia in 2017.

“Cannabis” is used to classify varieties of Cannabis sativa that contain anything more than 0.3% THC. Early on, as the negative perception of cannabis intensified, the government began regulating cannabis more aggressively.  In the United States, by the 1930s anti-cannabis propaganda and the fear of “Reefer Madness” was in full swing. After the passing of the “Marihuana Tax Act of 1937”, which imposed heavy taxes on the possession, sale, and transportation of the cannabis plant, the U.S. government had effectively banned “cannabis,” paving the way for the next 80 years of cannabis prohibition.

The Confusion Presented by Hemp and Cannabis

While the properties of both hemp and cannabis are important, categorizing Cannabis as either hemp or vice versa based on a single characteristic presents an awkward skewed portrayal of Cannabis which prevents users from fully understanding its diversity.

These terms have become deeply ingrained in our society; this problem will be difficult to reverse. The only realistic solution is to re-educate our society and that will take time.

Key Differences Between Hemp and Cannabis

As varieties of the same plant species, hemp and cannabis share many similarities.  To understand just how different these two are, consider these 3 key differences between hemp and cannabis.

As mentioned, hemp and cannabis are harvested for different purposes so, naturally, they require different growing conditions. Cannabis is selectively bred in controlled environments which are designed to optimize the breed’s characteristics, mainly their psychoactive properties and produce female plants that yield budding flowers.

To properly cultivate a cannabis plant, a grower must pay close attention to the plant at each stage of its life cycle and maintain exact conditions in its environment, such as proper temperature, lighting, and humidity.

In contrast, hemp is grown to maximize its size, which increases the overall yield. To achieve this, hemp is typically grown outdoors and does not require the level of control and attention that is necessary to grow cannabis.

Hemp and cannabis each offer a range of usages which are unique.As a powerful intoxicating compound, THC can directly interact with our bodies, inducing the high effect and other medical benefits.

While cannabis is commonly recognized for its recreational uses in a large part of the world, recent studies have revealed its potential in a wide variety of therapeutic applications. Since 2016, the Australian government has legalized cannabis for medical purposes. [DW6]

Cannabis has been used to treat the following and more:

In comparison, hemp is harvested to produce a wide variety of products including, but not limited to:

3)     The Difference Between Hemp CBD and Cannabis CBD

The second most abundant compound in cannabis (next to THC) is CBD. CBD is found in both hemp and cannabis. Chemically, CBD extracted from hemp is exactly the same as CBD from cannabis plants. However, if you’re looking to buy CBD oil, it’s presumably because you want to get the benefits of CBD; and cannabis-derived oil is more concentrated, it has a better therapeutic value. In fact, cannabis CBD oil typically has a 20% CBD concentration.

The amount of CBD in a hemp-derived oil varies and depends on the plant it’s made from. Some hemp plants are bred to make oil while others are bred for industrial uses and contain lower amounts of the cannabinoid. Typically, hemp-derived oil has a low concentration of 3.5% CBD. Because this count is so low, you’d need to take a lot more of the oil to get any effect. Before making any type of decision, contact a doctor or health practitioner to find out what is right for you.

The main reason we recommend going with cannabis-derived CBD oil as opposed to hemp CBD oil is the plants amazing ability to clean the soil it is planted in. Cannabis, as we have mentioned is highly regulated and controlled from the time it is planted to the time it is harvested. Hemp, grown outdoors with an intention of quantity over quality, is planted in far less regulated conditions. Why does this matter? The cannabis sativa plant is known as a bio accumulator.  Hemp sucks ups and absorbs heavy metals and many other chemical compounds from the soil it is planted in. When you take the hemp plant and extract CBD, you often get many of these harmful heavy metals in your final product, and that’s not ideal for medical uses.

Hemp and cannabis are both incredible plants that have many uses, but they are different. Celebrating the differences of these plants allows us to fully utilize and benefit from their uniqueness and versatility!